On 10 November was celebrated the anniversary of the death of President Atatürk, considered the father of Turkey and much loved by the population. On this special occasion for all of Turkey, the SABO Suspension System organized for the employee a visit to Ankara to the museum dedicated to Atatürk.

In addition, for this special occasion, customized T-shirts were prepared with printed Atatürk’s face and the SABO Suspension System logo.

Atatürk was a Turkish general and statesman (Thessaloniki 1880 – Istanbul 1938). After the end of the First World War he organized the struggle for independence and national unity of Turkey. Rejected by the Greek invasion (1920-22), it initiated a series of revolutionary constitutional reforms, such as the abolition of the Ottoman sultanate, the caliphate and Islamic canon law, the proclamation of the republic, the secularization of the state. His twenty-year government action created the new Republican Turkey, of which he was the first president. 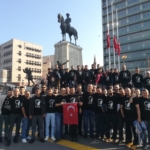 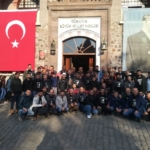 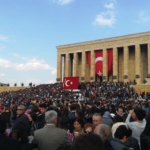 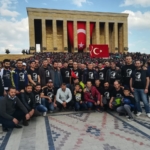